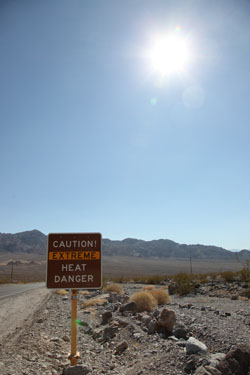 I took a trip to Death Valley National Monument a week ago.  You’d think that August in Death Valley would be suicide – and rightly so.  However, the campground I stayed at was up in the mountains on the west side of Death Valley.  Mahogany Flat Campground is up above 8100′ elevation and has 10 campsites.  It also has some of the darkest skies in the US.  The temperatures were in the high 40’s at night and about 85 during the day.  The temps in the valley floor were near 115 degrees.

The campground itself is nice, but fairly minimalist.  At each of the 10 sites, there’s a space to park a single car.  Each site also has a metal picnic table, fire pit, and a spot for a tent.  There’s no power or running water at the campground.  The bathroom is a pit toilet, but it’s the cleanest one I’ve ever seen.  There are trees and bushes around the campsite, but none are very tall.  They are just big enough and dense enough to be a problem for picking a spot for your telescope.  Wildlife is fairly sparse too.  There are a few ground squirrels and fewer birds, but that’s about it.  I did see one falcon during my 4 days there, but it didn’t stick around for long.  Cell phone coverage was spotty at best.  My iPhone didn’t even hint at being able to find AT&T coverage, but others there were able to connect intermittently with other carriers. 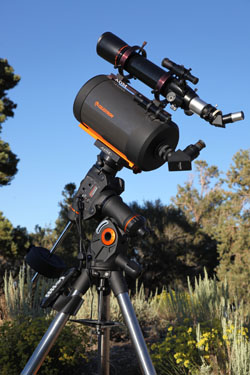 This was the first time I’d taken my new Celestron CGEM mount out under the skies.  I fired it up in my garage to make sure the hand controller and drive motors worked, but that’s all the prep work I had time for before the trip.  It looks like the autoguide port on my mount is dead, but I had another way to autoguide (through the hand controller’s port).  Everything worked out great for the new mount – it’s definitely miles ahead of my previous CG-5 mount.

It was also the first time I’d used my piggyback adapter to take wide field shots.  To use it, I had to take off my refractor and one of my counterweights.  Towards the end of the first night, I used the piggyback adapter to shoot a Milky Way series of shots with my 5D Mark II and 15mm fisheye lens.  The shot below covers almost the entire sky.  The southern horizon is just out of the frame on the bottom left of the shot and the northern horizon is at the top right.  The western horizon (and just a hint of a mountain) is at the bottom right of the image.  You can also make out the Andromeda Galaxy (Messier 31) towards the top center of the image. 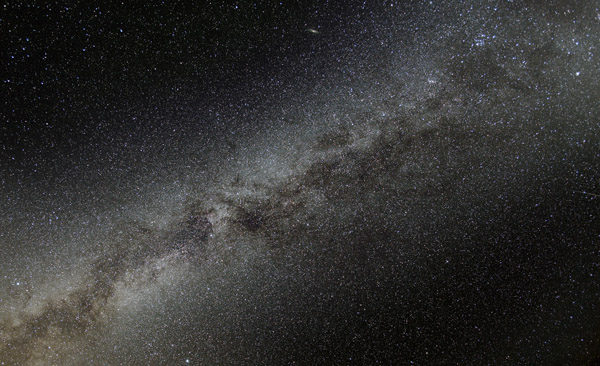 I shot a single 5 minute frame of the Lagoon Nebula (Messier 8) and the Trifid Nebula (Messier 20) to test out the autoguiding.  It was 5 minutes long at ISO1600 shot through my 80ED.  Here it is:

The wind was howling at higher altitudes the first night, so I didn’t really catch any great shots of deep space objects.  Conditions were better the second night, so I started out with a series of 5 minute exposures of Messier 13 (globular cluster in Hercules).  The image below is 14 frames at ISO1600 and 300 seconds each through my 80ED. 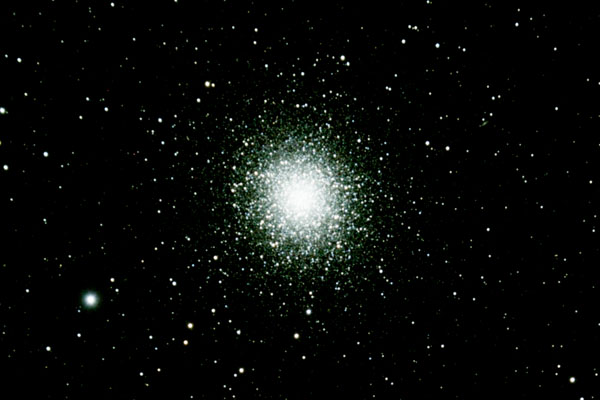 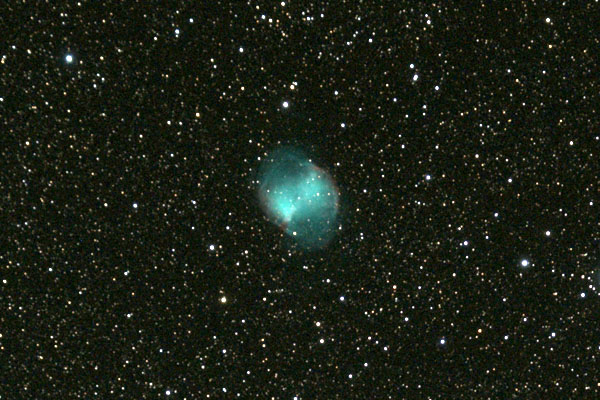 The last night had the best conditions.  I shot the Eagle Nebula (Messier 16) and Messier 24 (a large open star cluster).  The Eagle Nebula image below was 14 frames at ISO1600 and 300 seconds each. 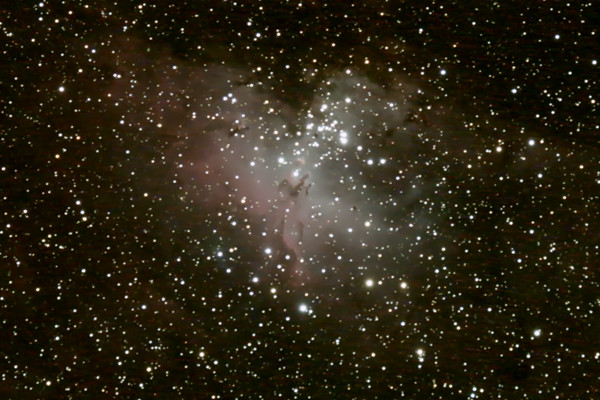 The final image I shot was of a very large open cluster, Messier 24.  It spans several degrees of the southern sky and sits on the west edge of the Milky Way.  I used 16 frames at ISO1600 and 300 seconds to put this image together: 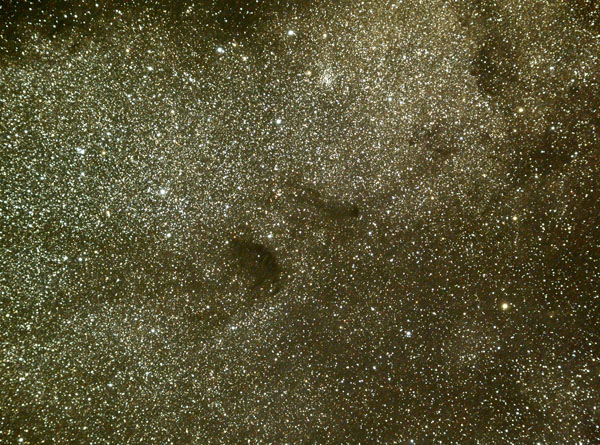 It was a great trip.  Mahogany Flat is definitely one of my favorite places to take the telescopes.  Sitting outside at night hunched over a telescope & laptop does get chilly though.  I’m glad I brought a ski jacket & stocking cap.  Snow hits this campground in the early to mid fall, making it inaccessible.  Until then, Mahogany Flat is a great place to escape the heat and enjoy dark skies.