For full disclosure, I need to share that I had a photo in the running for the Lion background image. The photo that has that honor is way better than mine.

I knew something was up! Like everyone else, when they unveiled the new Andromeda Galaxy (aka Messier 31) image used for the default OS X Lion background, I thought it was perfect. I still do. Still, something bugged me about it. As an amateur astronomy kinda guy, I’ve looked at the Andromeda Galaxy lots of times through telescopes and taken several photos of it. Last night, I had my telescope out & looked at Andromeda around midnight. I figured out what bugged me about the Lion background photo.

…as if millions of voices suddenly cried out in terror and were suddenly silenced. 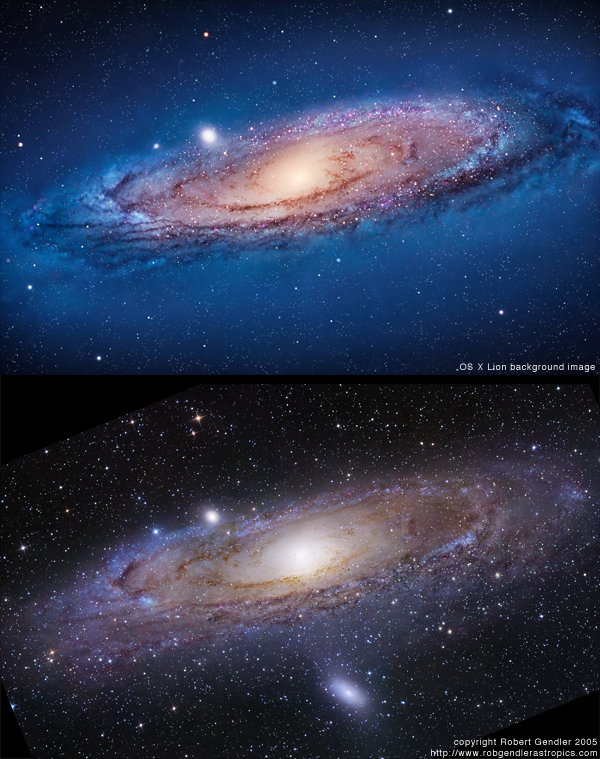 Seriously, though…who cares? The Lion background, much like the previous OS X backgrounds, is meant as art. The blue glow & star field around the galaxy have had some work done to them too. I love the default Lion background image. You just probably shouldn’t use it for astronomy class.